Craps is one of the most popular and interesting casino games, and thanks to the software developer Playtech, gamblers can play it from their own home. This game features great graphics and gameplay, and, of course, provides decent opportunities to hit a great win. So, read our Craps by Playtech Review and start playing — we are sure that you will be delighted with this game.

Craps is a classic dice game, and its online version was developed by Playtech. This company is one of the leaders in online casino software production, which began to provide its products to the global market in 2000. It quickly became famous and is now one of the leading software companies in the gambling industry. Playtech specializes in the development of games including poker, bingo, lotteries, sports betting, and live casinos.

The Craps is a dice game with strict rules, such as that two dice are played, they are thrown on the table, and in order for the throw to be correct, they must bounce off the table wall. One thing is certain: luck and fate are the main deciding factors for winning.

The game is carried out in three steps:

And in addition to the high probability of winning (RTP is 99.53%!) and a wide range of betting options, you can also view your throw history. Playtech’s Craps is also famous for the high odds. The Field bet payout is double for both the 2 and 12. The three-fold multiplier that is used in the game is also worth noting. It appears each time a Pass, Don’t Pass, Come, or Don’t Come bet is made. Proposed and Buy and Lay bets are also possible.

Craps by Playtech comes with a fairly wide bet range — you can make a bet from 0.01 AUD to 1500 AUD. Those players who are afraid or do not want to play for real money can try the game with a demo mode, get acquainted with the interface, technical aspects, and also practice before playing for real money.

In addition to the features of the game itself, it is worth mentioning once again that Craps by Playtech is distinguished by high-quality graphics and sound.

Much attention was paid to the dice, which are large in size, due to which the result of the throw is immediately visible and understandable. In addition, when you hover over a bet, the backlight appears, thanks to which there is less chance of making a mistake in your choice.

Players have the ability to view the history of throws and bets that is displayed using a special diagram. In addition, players can personalize their game by disabling some additional features (announcer’s voice, etc.)

Unfortunately, the game is only available in Flash, so it can only be played on Windows. Those who like to play on mobile devices will have to use games from other software manufacturers. At the moment the company does not provide an opportunity to play Craps with live dealers.

Since this is an ordinary dice game, there is no particular plot, so fans of interesting stories can pass by. But it’s good fun for those who just want to roll the dice — just watch and roll.

The game is very simple. It starts with a payment, which means that in order to enter the game a player must bet on the result. Then the player receives two dice which he throws on a flat surface, i.e. a table, the dice must bounce against the board. It must be admitted that despite the fact that the result of this game is mainly influenced by luck, the skills also play an important role. This is a game in which the chances of winning are difficult to determine. The player wins when the bet and result are the same.

The game design predominantly uses a combination of red, blue, and white. Thanks to this, all the elements in the game are clearly visible, and the color scheme does not strain the eyes. Thanks to high-quality sound effects, you can feel like you’re in a real casino somewhere in Las Vegas, but lovers of a quiet and calm game can turn them off without any problems. And for the convenience of placing bets, chips with different values ​​respectively have different colors.

Craps is a great game especially for those who appreciate the high technical characteristics of gambling. Before starting the game, of course, it is better to familiarize yourself with the rules of the game, even for those who already know how to play that type of game. Playtech has taken care of the high quality of graphics, sound, and ease of play. Play and see for yourself! 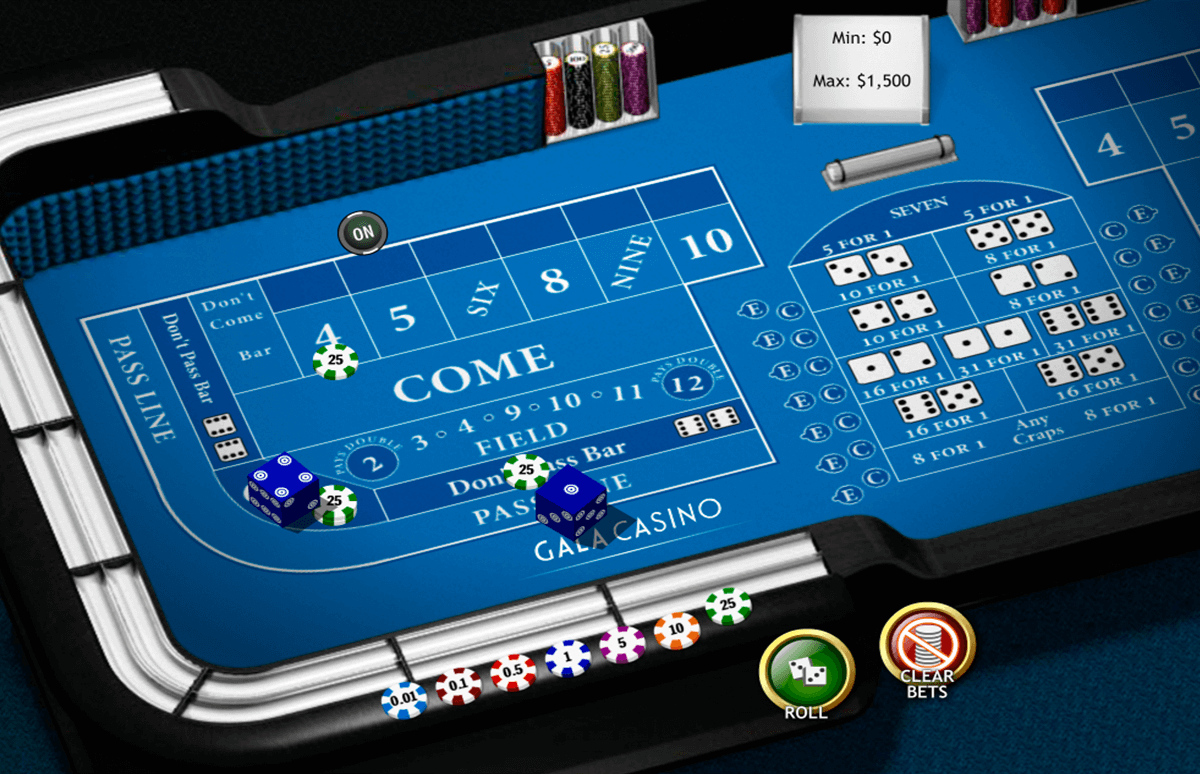