Every player has his own preferences when it comes to choosing a gambling game. Anyway, one of the most popular types of such products is definitely video poker, which is based on the well-known card game. By the way, a game similar to modern table poker was first noticed in Europe in 1829. Five years later, the poker deck began to include 52 cards that fully took part in the gaming process.

Now this game is available in a convenient form at most online casinos. Moreover, there are a great many variations of poker to choose from. Each of them has its features that distinguish them among other types of the game. In the following review, we are going to discuss the Double Joker Power Poker title by Microgaming. What does it have to offer? What characteristics make this game unique? Let’s find it out!

To begin with, Double Joker Power Poker has a couple of stunning features that boost your odds of winning big amounts. Here particularly belongs a Wild card that we will describe in the next section. The minimum and maximum bets in this game are $1 and $100 respectively. Payouts can be doubled by means of a Gambling Feature. As is the case with this type of casino game, Double Joker Power Poker does not offer any progressive jackpot. The game can be played in demo mode if you are a beginner or just want to enjoy poker for fun without spending real money.

Double Joker Power Poker functions on the basis of a regular poker deck of cards in which a joker is present. This special card has the unique ability to replace the others, helping to form more profitable combinations. In this regard, the classic Royal Flush was divided into two. And so, now the most profitable combination is Natural Royal Flush, which includes the five highest cards of the deck. Moreover, they must be of the same suit. The maximum win that the player can get when forming such a combination is 4,000 coins.

The second combination is called Joker Royal Flush and means that the combination includes a list of the five top suited cards of the deck, one of which is replaced by a joker. The largest win for this combination is 500 credits. In this game, there is also an unusual combination called Five of a Kind, which consists of getting four of a kind along with the joker. The combination brings the player 250 coins.

The list continues with Straight Flush, which involves a set of five cards of the same suit arranged in order. If the line shows four cards of the same value at the same time, the gambler can expect to receive a payment from Four of a Kind. It is also possible to make Full House, which is formed from three or two cards of equal values. In this case, the maximum reward will be 25 coins. Five suited cards form Flush, the payout for which can be up to 20 coins. In the event of five cards of different suits placed in order, the player can be sure of the formation of Straight, the reward being 15 credits. The last two combinations in this game are 3 of a Kind and Two Pairs. The essence of the first one is to put three cards of the same value in a line, and the second one is to get two pairs of cards at the same time.

The player can also trigger the Gambling Feature and try to double the amount of the win. To do this, you need to get any winning combination and then press the Double button. After that, a series of cards will appear, the first of which is open. If the player, pointing to another card, can beat the first one in rank, then he will get a doubling. This can be done several times in a row with the same combination.

This video poker features simple graphics. It contains deep blue and pink tones. On the left is a payout schedule for the player to be always aware of what he gets for this or that combination. Below are the values such as the coin size, total bet, and win. Also, there is a gameplay interface and some settings, as well as the Help section. The playing field itself is minimalistic. There is no background music as well. All that allows the player to focus on the gameplay without being distracted by design elements. So, the general style of the game is standard.

The key feature of Double Joker Power Poker is the presence of a Wild card, which can deliver the most profitable winnings in the game. Thanks to the simple yet decent graphic design, unobtrusive sound effects, and no music, you can concentrate on the process of the game. The maximum win in this variation of poker is 4,000 credits. And with the Gambling Feature, you can double your win and significantly increase your bankroll. To sum up, it can be said that Double Joker Power Poker is an excellent casino software title enabling you to feel the true atmosphere of this classic game. 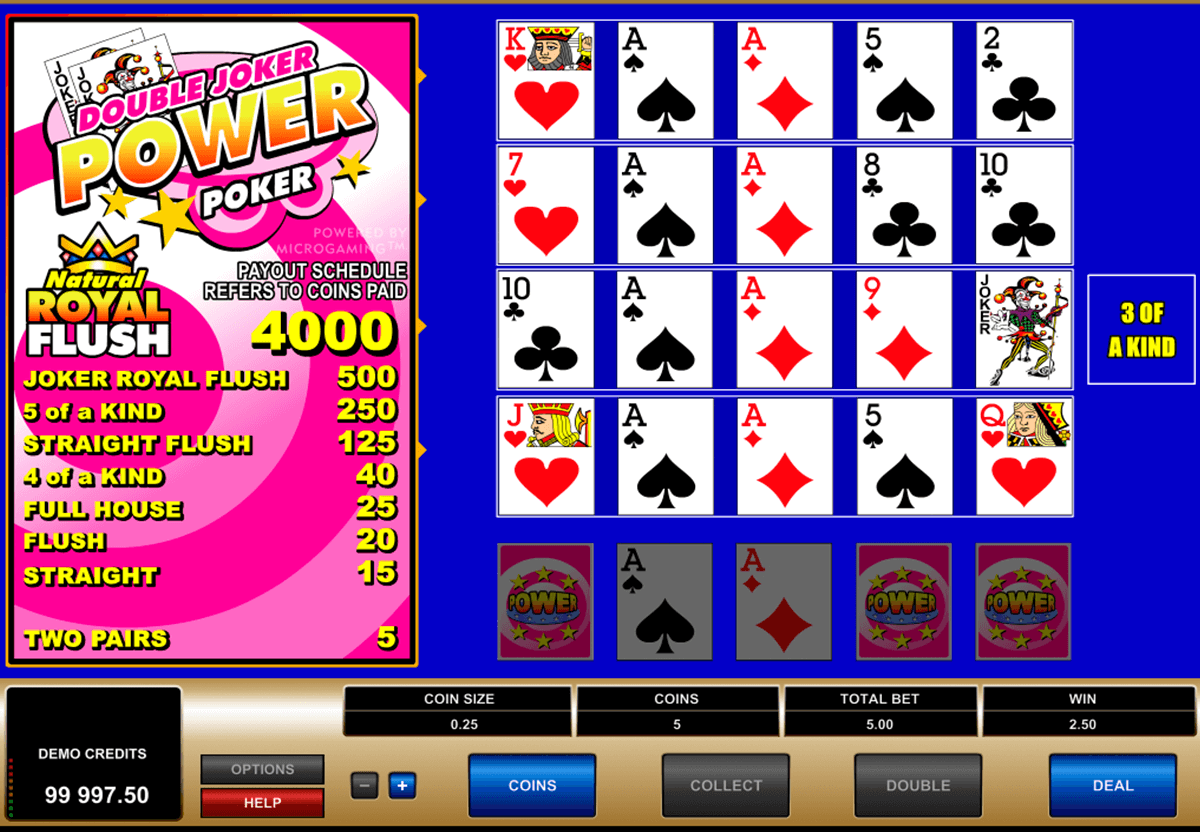 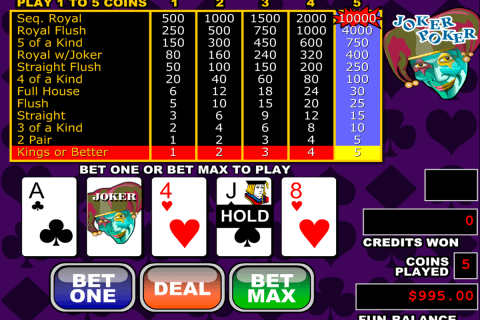 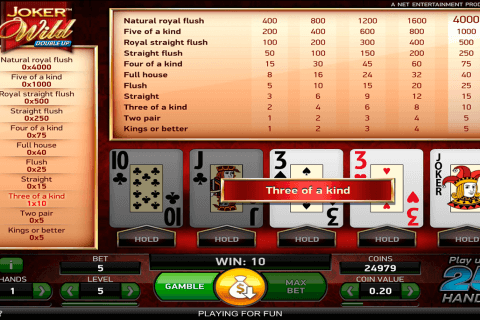 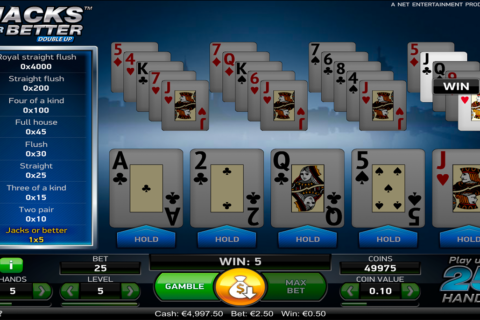 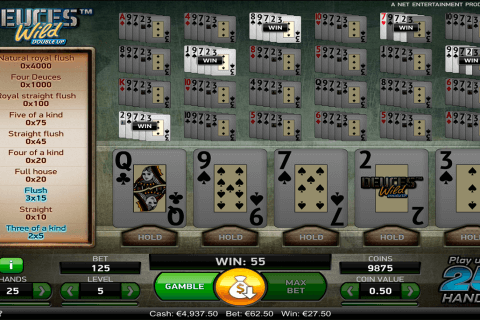